Eugene Butler has established a solid and respected position in the music world as a composer, conductor, educator and church musician. He received a Bachelor of Music Education from Oklahoma University, a Master of Sacred Music from Union Theological Seminary in New York and a Doctor of Musical Arts (Composition) from the University of Missouri-Kansas City. As a composer, Dr. Butler has received various honors such as Kansas "Composer of the Year" and the coveted ASCAP Standard Music Panel Award every year since 1972. In 1983 he was selected outstanding alumnus by the University of Missouri-Kansas City. In 1986 Dr. Butler was honored with the prestigious Burlington-Northern Railroad recognition for Excellence In Teaching and received the distinguished Service Award from Johnson County Community College. In 1989 he received a National Teaching Excellence Award from the University of Texas-Austin. In 1991-92, Dr. Butler designed a study course and guide for Mozart's Don Giovanni under the auspices of the National Endowment for the Humanities. To date, Dr. Butler has over 700 published compositions with 46 publishing houses, as well as numerous unpublished manuscripts. He is frequently busy on commissioned new works and in any given week of the year the music of Eugene Butler be heard in thousands of performances throughout the English-speaking world. Dr. Butler served as Director of Choral Activities and Music Theory at Johnson County Community College in Overland Park, Kansas. He simultaneously Director of Music and the Arts at Valley View United Methodist Church in Overland Park, where he served for 28 years. Dr. Butler conducted the Johnson County Chorus, a civic choral group that sings throughout the Kansas City area. From 1960-1970 he served as Director of Music at First United Methodist Church in Wichita, Kansas. He has served as adjunct professor at the University of Missouri-Kansas City. On June 1, 1998, Dr. Butler resigned all teaching and conducting positions to compose full-time. In honor of his years of service to the music community, a scholarship fund was established at the Conservatory of Music at the University of Missouri-Kansas City, to be awarded yearly to an outstanding student in choral conducting. He continues to accept choral commissions for school and professional choruses and for special church celebrations. Eugene Butler is a busy adjudicator and workshop leader of composition seminars, choral and church music clinics and new music repertory sessions. He has conducted and taught in 39 states, three Canadian provinces and in England. His most recent composition, A Rhapsody of Praise, is a commission from the National Federation of Music Clubs and will premier in May 1999 at their national convention in St. Louis. 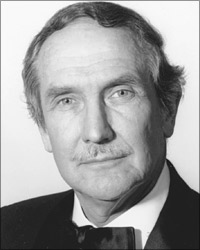