John Jacobson is internationally recognized for his large-scale music and choreography productions. His outstanding body of work includes producing hundreds shows in association with Walt Disney Productions (including the opening of Disney Tokyo), directing choreography for presidential inaugurations, and producing massive song and dance numbers for events such as NBC’s Macy’s Thanksgiving Day Parade.

His fans are legion, launching him into an Internet Sensation, through his entertaining and gleeful YouTube dance videos which have an incredible track record for going viral, attracting millions upon millions of views.

With a bachelor’s degree in Music Education from the University of Wisconsin-Madison and a Master’s Degree in Liberal Studies from Georgetown University, John has written, composed and choreographed musicals and choral works that have been performed by millions worldwide, as well as countless educational videos that have been incorporated into music teaching curriculums. John’s works are published exclusively with Hal Leonard Corporation.

John is the founder and volunteer president of America Sings! Inc., a non-profit organization that encourages young performers to use their time and talents for community service.  John is also recognized internationally as a creative and motivating speaker for teachers and students involved in music education and was named Presidential Point of Light by President Clinton.  He founded the classroom standard John Jacobson’s Music Express Magazine (where he continues as Senior Contributing Writer) reaching nearly 4 million children world-wide.

John’s other works include jJump! DVD fitness series for kids (of all ages), his motivational book A Place in the Choir and many new videos on his Music Express YouTube channel. 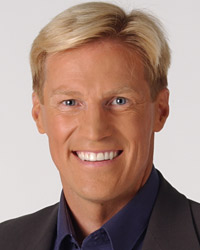