John Leavitt (b. 1956) is a composer, conductor, teacher, and church musician, whose music continues to captivate listeners and musicians of all ages. He received his undergraduate education at Emporia State University, Emporia, Kansas, a master’s degree from Wichita State University, and the Doctorate of Musical Arts from The Conservatory of Music at the University of Missouri-Kansas City. Leavitt is a lifetime member of the American Choral Directors Association and is a member of the American Society of Composers, Authors, and Publishers, from which he has received annual recognition for his achievements. Leavitt was the recipient of the W.A. Young Award for teaching excellence, in recognition of his career at Friends University in the fields of music theory, choral, and church music. He has also served briefly on the faculties of Concordia College, Edmonton, Alberta (Canada), and Concordia University, River Forest, Illinois. Leavitt currently resides near Wichita (Andover), Kansas where he has held the post of music director at Immanuel Lutheran Church and Cantor at Reformation Lutheran Church. He also conducted the community choral program, The Master Arts Chorale and Youth Chorale, during their 12-year tenure. In March of 2003, he received the Kansas Artist Fellowship Award from the Kansas Arts Commission for his contribution to music composition. He most recently completed a residency on faculty as Director of Music at Newman University in Wichita. An extraordinary composer and clinician for church and school music literature, Leavitt continues to teach, lecture, and conduct numerous workshops, festivals, and symposia. He continues to serve as a regular guest conductor annually on the Mid America Productions Carnegie Hall Concert Series in New York, which he has done since 1998. He has also been featured regularly on the Manhattan Concert Productions Kennedy Center for the Performing Arts Series in Washington D.C. His compositions are represented in nearly every major music publisher’s catalog, including Shawnee Press and Hal Leonard. He has numerous publications for choir, piano, organ, hand bells, and string orchestra and is co-author of the widely used choral music method textbook series Essential Elements for Choir. 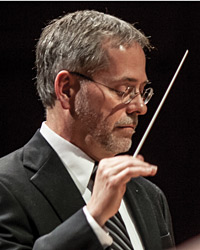