KIRBY SHAW has made a major impact in choral music education and has shared his musical expertise in 45 states, Canada, Australia, the Bahamas, China, Germany, Hungary, Italy, Spain, Switzerland, Sweden, the Netherlands, Poland, Latvia, and the Philippines.

Kirby has degrees in Music Education and Choral Composition from San Jose State University and a DMA degree in Choral Conducting from the University of Washington.  Dr. Shaw’s teaching is infused with a sense of humor and breadth of knowledge that is transmitted in an exciting and highly contagious manner.

Kirby taught in the Mt. Shasta public schools before joining the faculty at College of the Siskiyous in California where he founded and directed the innovative and highly acclaimed COS Vocal Jazz Ensemble.  He also pioneered similar groups at Colorado State University and The University of Missouri - Kansas City, and is now directing the Jefferson State Choral Coalition at Southern Oregon University.

Kirby has scatted one-on-one with such notables as Bobby McFerrin, Al Jarreau, Jon Hendricks (who once told Kirby . . . "Man, you don’t make mistakes!"), Mark Murphy, Greta Matassa, and Chris Calloway.  He has overseen the creation of hundreds of educational recordings, five college and university albums and two solo CDs.

Kirby is a member of Just 4 Kicks, a zany 4-man a cappella vocal ensemble specializing in Jazz.

A composer/arranger with nearly 3000 choral compositions/arrangements in print, Kirby’s music is sung around the world and has sold over 20 million copies. He has many commissioned pieces to his credit, including one for The Mormon Tabernacle Choir.  This creative and prolific output has resulted in numerous ASCAP awards.

Kirby and his wife, Markita have written an original musical based on Charles Dickens’ A Christmas Carol entitled SCROOGICAL, soon to be presented at a quality theater near you! 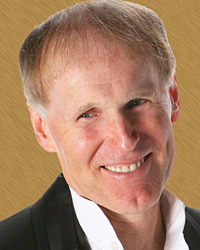