Stephen Zegree (1953-2015) was the Bobby McFerrin Professor of Music at Western Michigan University where he taught classical and jazz piano; directed the Gold Company, an internationally recognized jazz vocal ensemble; and performed as pianist with the Western Jazz Quartet, the resident faculty jazz ensemble in the School of Music. The winner of numerous competitions, awards, and honors Dr. Zegree appeared as pianist, conductor, clinician, and adjudicator on five continents. He was a Steinway Artist. Gold Company, his vocal jazz ensemble, won over 45 awards from Down Beat magazine, more than any other college or university, and toured throughout the U.S., Canada, and Europe, and performed at the MENC National Convention, numerous IAJE Conventions, World Symposium on Choral Music, and with artists such as Bobby McFerrin, Janis Siegel, Jon Hendricks, Darmon Meader, Mark Murphy, Don Shelton, and Bonnie Herman. Dr. Zegree was a cum laude graduate of Miami University, where he earned the Bachelor of Music degree in piano performance. He earned the Master of Music degree ""With Highest Distinction"" at Indiana University in piano and jazz, and completed doctoral studies in conducting at the University of Missouri-Kansas City Conservatory of Music, which included tenure as conducting assistant to Dr. Eph Ehly. Dr. Zegree's choral arrangements are published by Hal Leonard Music Publications, Shawnee Press, and others. He authored the book The Wow Factor: How to Create It, Inspire It and Achieve It, published by Hal Leonard. He also co-produced jazz vocalist Mark Murphy's Nat King Cole Songbook, which was nominated for a Grammy® Award. A renowned educator, his students are among today's leaders in jazz and pop performance, Broadway, recording studio production, writing, arranging, singing, and music education. 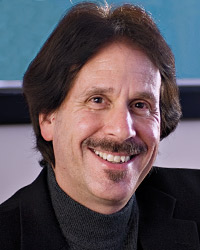