Tom Fettke is a composer, arranger and producer of music and recordings for the church and school.  His published works and recordings number in the hundreds.  His classic choral work THE MAJESTY AND GLORY OF YOUR NAME is sung by thousands of church and school choirs around the world.  For over 50 years, the development of relevant, practical and dynamic choral music has been his passion and his profession.

Tom holds degrees from Oakland City College and California State University at Hayward.  He holds a California Lifetime Music Credential in Secondary Music.  For a number of years he taught vocal music in California’s public school systems.  He was a church choir director and minister of music in churches large and small for over 30 years.  He was also Director of Choral Activities and Supervisor of Music for the Redwood Christian School System in Castro Valley, California.

Tom was the creator and Senior Editor of THE HYMNAL for Worship and Celebration.  Since its release in 1986, over three million copies have been placed in the pews of today’s church.  He was also the Senior Editor of THE CELEBRATION HYMNAL, which has been heralded as one of the most innovative “tools” for ministry in the history of the church.

Tom and his wife Jan reside in Nashville, Tennessee.  The have two married sons, nine grandchildren and two great-grandchildren. 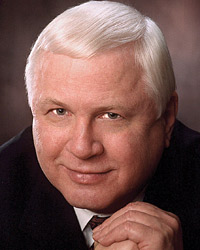