Tony Caramia is Professor of Piano at the Eastman School of Music, where he is Director of Piano Pedagogy Studies and Coordinator of the Class Piano Program. In May 2003, he was a guest on Marian McPartland's Piano Jazz on NPR. In May 2004, he served as a judge, along with Kenny Barron and Hilton Ruiz, at the 6th American Jazz Piano Competition for the American Pianists Association, and as adjudicator in the Crescendo Music Awards from 2005-2008. In September of 2007, he was privileged to participate in the dedication concert on the new "Sorel" Steinway at SUNY Fredonia, in honor of his former teacher, Miss Claudette Sorel. Mr. Caramia is featured in the Yamaha Clavinova on Campus series. He has contributed articles for Clavier Companion magazine and the web site The Piano Pedagogy Forum. His latest solo piano compositions -- Suite Dreams and Jazz Moods -- have been published by the Hal Leonard Publishing Corporation, for whom he is also a keyboard clinician. He has conducted numerous workshops in jazz piano for teachers at MTNA National and State Conventions; the International Association for Jazz Educators (IAJE) Teacher Training Institutes; the National Piano Teachers Institute, and the International Workshops. He has lectured and performed at the European Piano Teachers Association International Conference in London (1991), the first Australian Piano Pedagogy Conference in Adelaide (1993), and the Institute of Registered Music Teachers National Conference in New Zealand (1996). In 2005 he returned to Adelaide, Australia, to perform and lecture at the 7th Australasian Piano Pedagogy Conference; and was invited to perform at the International Stride Summit in Switzerland. 2006 saw the release of his solo jazz piano CD, called Tribute, which features the music of Ellington, McPartland, Brubeck, as well as original compositions. Tribute is available on www.cdbaby.com. A strong advocate of theme recitals -- he spoke at the CFMTA-MTNA Collaborative Conference in Toronto, Canada on the topic: The Art of Modern Recital Programming -- he has presented multi-media tributes to composers Harold Arlen and Richard Rodgers, and the extraordinary pianist, Cy Walter. He was a featured performer at the prestigious Rochester International Jazz Festival, and the 2007 and 2009 National Conference on Keyboard Pedagogy in Chicago. 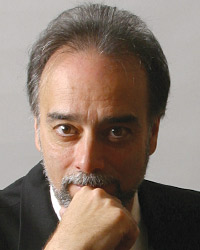