Jennifer Linn is a multi-talented pianist, teacher, composer, arranger and clinician, and former Manager - Educational Piano for Hal Leonard. As a clinician, she has presented workshops, master classes, and Hal Leonard showcases throughout the United States, Canada, and India. In addition to her composing and arranging for the Hal Leonard Student Piano Library, Ms. Linn also was the editor and recording artist for the award winning new Journey Through the Classics series, the G. Schirmer Performance Editions Clementi: Sonatinas, Op. 36, Kuhlau: Selected Sonatinas, and Schumann: Selections from Album for the Young, Op. 68. Many of her original compositions for piano students have been selected for the National Federation of Music Clubs festival, the Music Teachers' Association of California Certificate of Merit, and other required repertoire lists worldwide.

Ms. Linn’s teaching career spans more than 30 years and includes independent studio teaching of all ages, as well as group instruction and piano pedagogy at the university level. Ms. Linn received her B.M. with distinction and M.M. in piano performance from the University of Missouri-Kansas City (UMKC) Conservatory of Music where she was the winner of the concerto-aria competition. She was also named the outstanding student in the graduate piano division and given the prestigious vice chancellor’s award for academic excellence and service. In 2013 Ms. Linn was comissioned to compose a collaborative work for the MTNA National Conference in Anaheim, California where her trio Serendipity for piano, flute and horn, was premiered. The University of Missouri-Kansas City Conservatory of Music and Dance also named Ms. Linn the 2013 UMKC Alumni of the year. 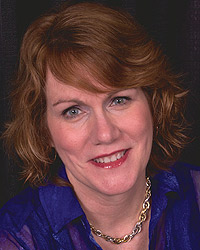