Michael Abene is a composer, arranger, keyboard player and record producer. Michael joined the Maynard Ferguson band while still a teenager and was responsible for writing some of the most-requested arrangements, such as "Green Dolphin Street," "Airegin," "Fox Hunt," "Chicago," "Whisper Not," "Knarf" and "Cherokee." Michael produced the Grammy-winning projects "Digital Duke" featuring the Duke Ellington Orchestra and "The GRP All-Star Big Band-All Blues." He produced the Grammy-nominated "GRP All-Star Big Band" and "The GRP All-Star Big Band Live" and received nominations in the arranging category for all three big band records. Other projects he has produced are "The GRP Christmas Collection Volumes 1, 2 and 3" (Volume 1 was awarded a gold record for sales of 500,000 units), "Happy Anniversary, Charlie Brown," two projects for Billy Taylor, "... It's a matter of pride" and "Homage," "Maiden Voyage" for Nnenna Freelon plus projects for Billy Cobham, Eddie Daniels and Dave Valentin. Some of the other artists Michael has composed and arranged for are Take 6, Joe Lovano, Bireli Lagrene, Montreal fusion bassist Alain Caron, Dick Oatts, Dave Grusin, for which he received a 1998 Grammy nomination for the arrangement of "America" from "Dave Grusin Presents West Side Story," Chick Corea, Buddy Rich, Dizzy Gillespie, the Mel Lewis Jazz Orchestra, Liza Minnelli, Charles Aznavour, Dave Taylor, Ronnie Cuber, Diva, the Metropole Jazz Orchestra in the Netherlands and the Carnegie Hall Jazz Band. Michael has also appeared as featured pianist and arranger/composer with the UMO Jazz Orchestra in Helsinki, WDR Big Band in Cologne, Germany, the Rotterdam Conservatory Big Band (The Netherlands), Jazz Big Band Graz (Austria), Kluvers Big Band (Denmark) and the BBC Big Band in England. Michael also has produced and arranged for many singers, from pop and crossover artists Patti Austin and B.B. King, to classic jazz artists Grady Tate, Joe Williams, Chris Connor, New York Voices and Diane Schuur. Two works of Michael's were premiered during the summer of 2000: a piece he arranged for The Metropole Jazz Orchestra for seven trombones where each trombonist contributed an original and Michael composed opening and connecting sections allowing the piece to be played as a suite. This composition was performed at the International Trombone Festival in Utrecht, The Netherlands. The second composition was an original work commissioned by The Mancini Institute, where Michael has appeared as composer-in-residence, for bass trombonist Dave Taylor entitled "Heritage: New/Old and Then Some" and performed by The Mancini Institute Orchestra and Big Band. This work has also been performed by The Manhattan School of Music Studio Jazz Orchestra and in 2004 by The Amsterdam Conservatory Orchestra and Big Band. Two new compositions by Michael premiered in 2003 were "Odyssey for Brass," commissioned and performed by The Metropole Jazz Orchestra in Tilburg, The Netherlands and "Fragmentations" performed by the Slovenian Symphony and Radio Big Band. In the fall of 2003 Michael was appointed Musical Director, Principal Composer/Arranger of the WDR Radio Big Band of Cologne, Germany. Because of the response worldwide, Michael has made his compositions and arrangements available to schools and bands and serves as a clinician, and is currently working on his own 11-piece band consisting of two trumpets, french horn, tenor and bass trombone, three reeds and rhythm section. Michael joined the faculty of Manhattan School of Music in January 1998. In 2001 Michael was instrumental in creating a course entitled "Jazz Composition and Arranging for The Studio Orchestra" and in 2003, a Doctoral in Jazz program. Michael and Jim McNeely are the Music Directors of the BMI Jazz Composers Workshop. 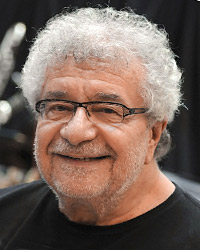