Composer, lyricist, pianist, and teacher, Eugenie Rocherolle began an early career in publishing with choral and band music. In 1978, with the success of her first piano solo collection, she soon established herself as one of the leading American composers of piano repertoire. Her music is widely distributed throughout the United States and abroad. A native of New Orleans, she graduated from Newcomb College of Tulane University with a BA in music. Her junior year was spent in Paris where she had a class with the late Nadia Boulanger. She was honored as the 1995 outstanding Newcomb alumna. A "Commissioned by Clavier" composer, she was also one of seven composer members of the National League of American Pen Women whose works were chosen to be presented in a concert at the Terrace Theater of the Kennedy Center, Washington, D.C. Awards from the Pen Women include a first place for both piano and choral in biennial national competitions. Mrs. Rocherolle's creative output also includes works for solo voice, chorus, and orchestra; musical theater; and chamber music for a variety of mediums. She is a member of the American Society of Composers, Authors and Publishers (ASCAP); Connecticut Composers Inc.; and the National Federation of Music Clubs. Her biographical profile appears in the International Who's Who in Music, Baker's Biographical Dictionary of 20th Century Classical Musicians, International Encyclopedia of Women Composers, Who's Who of American Women and Who's Who in the East. Mrs. Rocherolle has released recordings of her piano music, Spinning Gold and Romancing the Piano, and her Christmas arrangements, Tidings of Joy, on an independent label, Aureus Recordings. She maintains a private music studio where she teaches piano and composition. 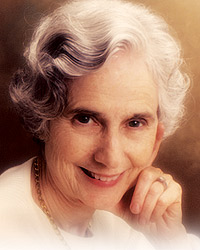