Timothy Seelig (b. 1951) has been making music as a conductor, singer, teacher for 35 years. He is currently the Director of Art for Peace & Justice, Artistic Director in Residence for GALA Choruses and has been on the adjunct music faculty at Southern Methodist University's Meadows School of the Arts since 1996. In addition, he continues an extremely busy guest-conducting schedule throughout the U.S., Canada and Europe. He is the Conductor Emeritus of the Turtle Creek Chorale which he conducted for 20 years. He recently joined the executive staff of the San Francisco Gay Men’s Chorus as Artistic Director and Conductor. Dr. Seelig holds four degrees, including the DMA from the University of North Texas and the Diploma from the Mozarteum in Salzburg, Austria. He has four books and two DVDs on choral technique including the best-sellers The Perfect Blend and The Perfect Rehearsal. The fifth, The Music Within, was released in 2010. Dr. Seelig's early training was as a singer. He made his European operatic debut at the Staatsoper in St. Gallen, Switzerland and his solo recital debut at Carnegie Hall. He also created roles in world premiers of world renowned composers including John Corigliano, Conrad Susa and Peter Schikele (P.D.Q. Bach). In 2009, Dr. Seelig conducted his 5th appearance at Carnegie Hall celebrating the 70th anniversary of Shawnee Press and the European Premier of Sing for the Cure at Royal Festival Hall in London. In 2010, he conducted the 10th Anniversary of Sing for the Cure at Carnegie Hall and the Winspear Opera House. Known for his enthusiasm and sense of humor, Grammy Magazine says, ""Dr. Seelig takes eclecticism to new heights."" Fanfare Magazine says he raises singers from ""the ranks of amateur choir to one receiving wide recognition for excellent performances of appealing, fresh repertoire."" The New York Times calls Seelig an ""expressive performer,"" and the Fort Worth Star Telegram quips, ""Seelig slices a thick cut of ham."" He is the proud father of two wonderful children and a proud grandfather. 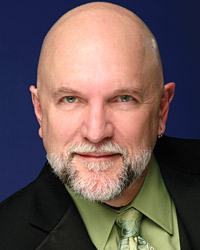