Jane Lamb is a music specialist at Schultz Elementary in Klein ISD near Houston, Texas where she teaches K-5 music, has directed the Schultz Shining Star Orffestra since 1995, accompanies the school choir, and has been recognized by the Klein School Board as an outstanding educator. Some of the past outstanding performances of the Orffestra include the 1999 TMEA Orff Reception, the 2004 opening ceremony for Drum Corp International, the 2004 Klein ISD Convocation Ceremony, the 2005 Pep Rally for Education, the 2008 TMEA Elementary Invited Ensemble, the 2011 TMEA Elementary Invited Ensemble, and the GCOA Orff Festivals from 1999-2011. The Orffestra has won trophies for the most outstanding performance by an Orff ensemble many times at the Children’s Music Festival of Houston. Jane is the organist for Spring Woods Methodist Church in Houston and has also been a church choir director and a children’s choir director. Jane has also been a presenter for the Texas Music Educators Association on many occasions and has also been a presenter for American Orff Schulwerk Association National Convention, Gulf Coast Orff Association, Missouri Music Educators Association, Waco Independent School District, Texas Association for the Education of the Young Child, and Early Childhood Winter Conference. Jane has four Orff publications with Shawnee Press/Hal Leonard. Jane is a graduate of the University of Houston and has completed all three levels of her Orff certification at Southern Methodist University and the University of Nevada Las Vegas. The Spring Branch Education Foundation and the Houston Chronicle honored Jane in 2007 with the Crystal Award for making a difference in the lives of students. 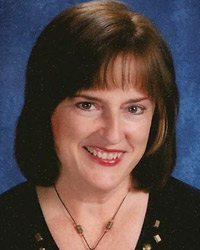