For over 30 years, Lloyd Larson has been an active composer and arranger for several major publishing companies of church and school music. His music compositions and arrangements number well over 1,300 published works–including choral anthems, numerous extended Christmas and Easter works, keyboard collections, vocal solo and duet collections, instrumental solo and ensemble publications, orchestrations and handbell settings. It is his work in the local church, though, which continues to be the catalyst for much of his writing. He is an active participant in his own church where he currently directs the adult choir in addition to regularly being involved in worship planning and leadership. He has been involved in church music ministry for over 35 years, serving churches in Indiana, Ohio and Minnesota.

Lloyd is married to his college sweetheart, Marci. They have three children – Stephanie (married to Brandt), Philip (married to Kylee), and Jeff (married to Erika) – along with four grandchildren: Addie, Eli, Izzy and Oliver. He makes his home in the Minneapolis, Minnesota area. 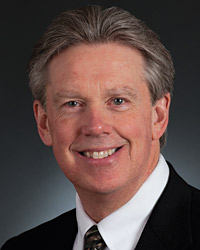