J. Paul Williams (Dec. 29, 1937 - Feb. 17, 2010) received his Bachelor of Music degree from Oklahoma Baptist University and Master of Music degree with emphasis in theory and composition from Southwestern Baptist Theological Seminary. For 35 years he served as Minister of Music in Oklahoma, Texas and Arkansas - from 1975 until 1992 at Calvary Baptist Church in Little Rock. In 1992, he became a full-time lyricist and clinician. Inspired by his robust Christian faith, Paul became one of the nation’s most renowned lyricists of choral music, relying on a concise writing style to successfully convey messages of Scripture through his words. Mr. Williams led reading clinics, choral workshops, and adult, youth, and children's conferences nationwide, from California to Washington, D.C., and Canada. He is credited with 900 titles, which are carried by 25 publishers, in both the school and church markets. Since 1992, he has been a lyricist only, collaborating with over 50 composers, including Joseph Martin, Mark Hayes, James M. ""Jimbo"" Stevens, Patti Drennan, Benjamin Harlan, Lloyd Larson, David Lantz, and others. His works have been sung by church, school, and community choirs throughout the world. 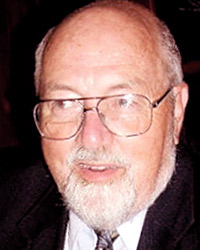