Karen Lakey Buckwalter, a distinguished organist, pianist, and composer, is Associate Minister of Music at St. Matthew Lutheran Church, in Hanover, PA. She currently directs the handbell program, coordinates the Saturday contemporary worship and is privileged to play a 231 rank Austin organ (14,341 pipes), the 5th largest church organ in the world. Mrs. Buckwalter is a 1974 graduate of Westminster Choir College, where she earned her Bachelor of Music Education degree and a 1977 graduate of The Curtis Institute of Music in Philadelphia, where she studied organ with Mr. John Weaver and earned the prestigious Artists Diploma in Organ Performance. In 2007, Mrs. Buckwalter successfully completed the Associate in Ministry program at the Lutheran Theological Seminary at Gettysburg and is continuing her studies in the Masters in Religion degree program. Internationally known in the field of handbell composition, Mrs. Buckwalter composed her first published work, “Danza” in 1982. With 47 handbell/choral compositions now in print, she has earned enthusiastic praise for her creative compositions, her colorful harmonies and her use of chromatics that have raised the musicality in handbell music as a genre. Mrs. Buckwalter is sought after as a handbell conductor/clinician for workshops and bell festivals throughout the US. Her works have been recorded in the United States and Japan and they are frequently selected at area and national handbell conferences throughout the country. 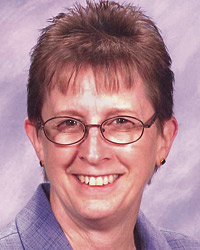