Roy Ringwald (August 10, 1910 - July 11, 1995) Born in Helena, Montana, he grew up in Santa Monica, California and resided in the Palos Verdes Hills at the time of his death. Choir leaders everywhere rated Roy Ringwald as one of the most accomplished arrangers of our time. Before joining Fred Waring's Pennsylvanians as a singer and arranger in 1935, Roy Ringwald was associated with Earl Burnett, Raymond Paige and Andre Kostelanetz. His exclusivity with Shawnee Press began when the firm was founded in 1939. In the early 1940's, at Fred Waring's request, Mr. Ringwald arranged the poem ""The Battle Hymn of the Republic,"" which was written by Julia Ward Howe. The arrangement was performed by Waring's Pennsylvanians on radio June 22, 1943. Fans inundated Mr. Waring's New York office with letters of praise. By 1962, one million copies of the SATB arrangement had been sold and it continues to be a steady seller today. Roy Ringwald's studies in the field of music were limited to the elementary courses he received in parochial and public schools. Thereafter, he studied on his own and learned ""the hard way."" He was playing the piano at paid engagements with a dance group by the age of 12. While in high school, he studied voice, piano, organ, sight-singing, harmony, score reading and history of music. He organized dance bands and pit bands for silent motion pictures; he served as school organist and student director of the glee club; and he played viola with a classical string quartet (rehearsing at 6:30 a.m. before school), which also played paid engagements. Following high school, he went directly into a professional career as performer and arranger, organizing his own professionally successful groups. When he joined Fred Waring's Pennsylvanians in 1935, he soon retired from performing and devoted his entire attention to writing. His work as an arranger and composer has an individuality of style that has retained its freshness over many years. Battle Hymn of the Republic; Give Me Your Tired, Your Poor; God Bless America; and No Man Is An Island are but a few of the hundreds of his stirring arrangements. His larger works such as Song of America and Song of Christmas are further evidence of his talent. Roy Ringwald continued to write music until his death July 11, 1995 at the age of 84. 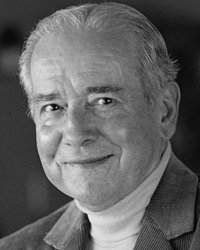