After graduating from Lebanon Valley College in 1977, Rodney Miller spent 17 years teaching in Lebanon School District, where he taught strings in grades 3 through 12. Miller also directed the middle school jazz band. For the last seven years before his death in 2005, he was the elementary instrumental music instructor. Miller was a recipient of the Lebanon Valley College’s Creative Achievement Award in 2003. Two years later, he was posthumously awarded the Pennsylvania Music Educators Association (PMEA) District 7 Distinguished Service Award, and at the same time the PMEA changed the name of this award to the Rodney S. Miller Distinguished Service Award. For the Lebanon School District, Miller ran the instrumental summer lessons program and initiated a scholarship program for students who could not afford to pay for summer lessons. He was also actively involved with the Cedar Foundation, an organization that helped to get instruments to students who could not afford them in the Lebanon School District. Miller was a six-time ASCAP (American Society of Composers, Authors and Publishers) Standard Award winner. He had over 40 instrumental and choral works published by music publishing houses, including Shawnee Press, Alfred Music, Warner Bros., TRN Music, Educational Programs Publications, Brixton Publications and Kagarice Brass Editions. Miller did graduate work at VanderCook College in Chicago, The Hartt School of the University of Hartford, West Chester University, and the Philadelphia College of Performing Arts. He arranged and performed with the Dave Stahl Sacred Orchestra. For over 20 years, Miller was co-musical director/arranger for the Timbers Dinner Theatre in Mount Gretna, where he lived. 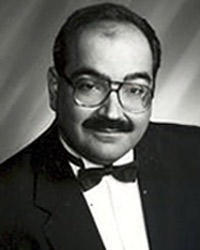