Richard Peaslee was born in New York City and received his undergraduate degree in Music Composition from Yale University, graduating Phi Beta Kappa. After serving two years in the U.S. Army, he received both a diploma and a Master of Science degree from The Juilliard School, in addition to studying privately with Nadia Boulanger in Paris and William Russo in New York and London. Peaslee has served on the faculty of the Lincoln Center Institute and New York University’s Music Theatre Program and is a former board member of The American Composers Orchestra and Jobs For Youth. He serves on the board of American Opera Projects and SCAN New York. A retrospective on his career was presented by Lincoln Center’s Composers’ Showcase at Alice Tully Hall. His concert works have been widely performed by orchestras, chamber ensembles, and soloists, most notably the Philadelphia, Detroit, Milwaukee, Indianapolis, and Buffalo Symphony Orchestras. His concerto for trombone, Arrows of Time, was premiered by the Seattle Symphony. Awards include The American Academy of Arts and Letters Marc Blitzstein Award; Obie and Villager Awards; as well as NEA and NYFA Fellowships. Richard Peaslee's music is published by Margun Music, a division of G. Schirmer, Inc. Boosey and Hawkes, E.C. Schirmer, Inc. and had been recorded on EMI, Columbia, Elektra, Musical Heritage Society and other labels. 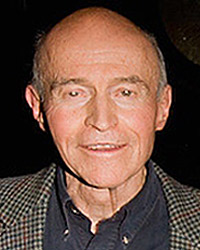