Heather Sorenson entered the church music industry in her twenties, and her name quickly became a welcomed fixture in the publishing world. Heather is hired by the largest and most respected publishers in the world, and her pieces remain at the top of Bestsellers lists and Editor's Choice selections.

Diversity is the characteristic that makes Heather somewhat of an anomaly in the industry: she easily maneuvers both the traditional and contemporary genres of Christian music, often combining the two for a unique blend that has become her artistic fingerprint. Initially recognized for her skill as a pianist, Heather is now known for her compositions in choral anthems, solo piano collections, and orchestrations. Her works are performed regularly at competitions, concerts, recitals, and churches worldwide.

In the past several years, Heather has appeared multiple times at Carnegie Hall, Lincoln Center, and Constitution Hall. In her latest Carnegie performance, Heather was the arranger and orchestrator of the new critically acclaimed neo-classical oratorio EXODUS, which had its world premiere on President's Day of 2015.

Although her career is sometimes on a big stage, Heather’s heart is leading the Church in worship, and she feels that her greatest calling is using her music to connect people with God.

Years of experience as a church music administrator and music educator have proven to be invaluable experience, and teaching has become a large part of Heather's ministry. She taught all elementary levels of music at Grace Academy of Dallas for 4 years, served as an adjunct music professor at Baylor University, and has served on many master class panels in piano and songwriting. Heather regularly is a guest speaker and conductor at churches across America, and leads scores of sessions each year at various worship conferences, schools, and universities.


Currently Heather spends her time juggling a full writing load as well as traveling as a guest artist and lecturer. Heather makes her home in the Dallas, TX area with her beloved (and very vocal) beagle, Lucy. 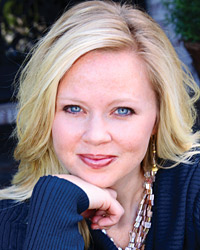