In 1980 he won an audition for the position of Staff Arranger to "The President's Own" United States Marine Band and Chamber Orchestra in Washington DC.  For the next thirty years he would provide musical scores for a myriad of White House events, beginning with the Reagan era until 2010.

Working alongside film score legend John Williams he has transcribed music from "Star Wars," "Catch Me If You Can," and "Close Encounters" for performances by the Marine Band with the composer conducting.  These arrangements are now published for wind band by Hal Leonard Corporation.

He has also scored music for the Discovery Channel (“Wings of the Luftwaffe” and “Century of Flight”) and PBS television series “In Performance At The White House”.  On those occasions his arrangements were performed by Sarah Vaughan, The Manhattan Transfer, Mel Torme, Doc Severinsen, Nell Carter, Shirley Jones, Larry Gatlin, and Jordan Sparks.

His commissioned concert works are performed and recorded internationally. The Dutch, British, Swiss and New Zealand Brass Band Championship organizations have all commissioned test pieces from his pen.  He travels frequently as a guest Conductor and Adjudicator, and his published work for band and orchestra can be viewed at www.halleonard.com for further information. 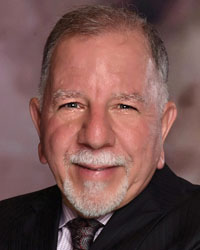