American composer James Curnow received a Bachelor of Music degree from Wayne State University and a Master of Music from Michigan State University. He has taught all areas and levels of instrumental music, and has received numerous awards for teaching and composition, including the Outstanding Educator of America, the Citation of Excellence from the National Bandmasters Association, the North American Brass Band President's Award, the Volkwein Composition Award (twice), the American Bandmasters Association Ostwald Award (twice), the International Competition for Original Compositions for Band, and the Coup de Vents Composition Competition of Le Havre, France. He was named Composer of the Year by the Kentucky Music Teachers Association and the National Music Teachers Association. Most recently he received the Arts Achievement Award from Wayne State University. He has received annual ASCAP standard awards since 1979.

Curnow has been commissioned to write over 400 works for concert band, brass band, orchestra, choir, and various vocal and instrumental ensembles. His total published works now number well over 800. As a conductor, composer, and clinician he has traveled throughout the United States, Canada, Australia, Japan and Europe, where his music has received wide acclaim.

Curnow currently resides in North Carolina with his wife Margaret, and is a full time composer of commissions worldwide. He publishes with Hal Leonard LLC/Curnow Music Press, Inc. He serves as Composer-in-Residence Emeritus for Asbury University (Wilmore, KY) and is editor of all music publications for The Salvation Army in Atlanta, Georgia.

Curnow was most recently honored with a listing in the Grove Dictionary of American Musicians. 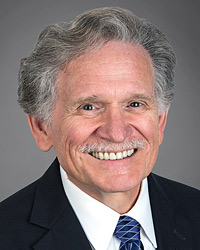