Rick Kirby was born in Boston in 1945 and was educated in the New England area. After arriving in Wisconsin in 1974, he taught at several high schools and universities. He retired from public school teaching in 2001 to pursue a full time career as a composer and arranger. Before retirement, Mr. Kirby's last public school teaching position was at Waukesha West High School.

Mr. Kirby has arranged or composed for many marching bands, including groups from Wisconsin, Illinois, Kansas, Ohio, Arizona, and California. He is presently the staff arranger for the award winning Sound of Sun Prairie Marching Band and the Wisconsin State Champion Waukesha West High School Marching Band. Mr. Kirby has also been involved in many commissioning projects for concert bands, jazz ensembles, chorus, and other ensembles. His music is published by Daehn Publications, Hal Leonard, and Arrangers' Publishing Company. He presently directs the Waukesha Area Symphonic Band and the Carroll College Jazz Ensemble. He is also the associate conductor of the Youth Wind Orchestra of Wisconsin.

Kirby is the Wisconsin Music Educators Association's 2002 recipient of the Distinguished Service Award. This award is given to a music educator for lifelong meritorious service, excellence, and dedication to music education in Wisconsin. He is also the Phi Beta Mu (Wisconsin chapter) Outstanding Band Director for 2007. Most recently an article about his composition Different Voices was featured in Volume 7 of GIA Publication's series Teaching Music Through Performance in Band. 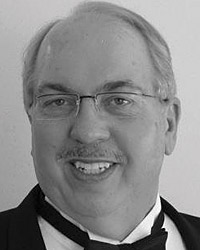