Mr. Longfield's career as a music educator spanned 42 years in the public schools of Michigan and Florida. He was the band and orchestra director at Miami Palmetto Senior High for 27 years. He also served as Palmetto's Visual and Performing Arts Department chair.

Mr. Longfield is the recipient of the "Teacher of the Year" award from the Michigan School Band and Orchestra Association and the "Mr. Holland Award" from the National Academy of Recording Arts and Sciences. He has also been Palmetto Senior High School's "Teacher of the Year."

In his retirement Mr. Longfield serves as conductor of the Greater Miami Symphonic Band, and he continues to add to his catalog of published compositions and arrangements for band and orchestra.

A member of ASCAP, Mr. Longfield has received numerous commissions and has over 400 publications to his credit. His compositions and arrangements have been played and recorded by bands and orchestras throughout the United States as well as in Canada, Europe, Japan, and other parts of the world. 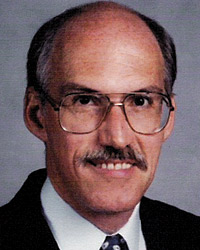