Matt Conaway (b. 1979) was appointed to the Purdue University faculty in August 2012 as an Assistant Professor of Bands. He serves as an associate director of the famed "All-American" Marching Band and basketball pep bands, and directs the University Concert Band and Varsity Band. He is also the faculty supervisor for the band's various auxiliary units, serves as the department's technical coordinator, and coordinates the annual Band Day event.

Prior to this appointment, Mr. Conaway served for ten years as the Director of Bands for the West Lafayette Community School Corporation, during which time the program received many state and national accolades for msuical excellence. He brought the Marching "red Devil" Band, basketball pep band, jazz band, and symphony orchestra back to he music department, and raised band program enrollment by over 200 sutdents in grades 5-12. During his tenure, West Lafayette became regarded as one of the great small-school music programs in Indian, with two state concert finals appearances and dozens of superior festival ratings. The NAMM Foundation recognized the West Lafayette Community School Corporation as one of the "Best Communities for Music Education in America" in 2006, 2010, 2011, and 2012.

Mr Conaway is a noted composer for concert band, with over 30 works currently in print. His compositions range from very beginning through very advanced, based on his experience working with all levels of performers in grades 5-12. He has received commissions from many schools and honor bands in the last five years. He is also an accomplished, arranger, and has written for athletic bands at Indiana University, Purdue University, and many high schools and colleges throughout the country. His arrangements have been heard internationally at multiple bowl games, basketball tournaments, and major sporting events since 1999.

After graduating from Woodhaven (MI) High School in 1997, Mr. Conaway attended Indiana University – Bloomington, where he studied arranging with David Woodley. He received his Bachelor of Music Education with Distinction in 2001, and earned a Masters of Music degree from the American Band College of Sam Houston State University in 2010. He is a member of NAFME, CBDNA, NBA, ASTA, Indiana Music Educators Association, Indiana Bandmasters Association, and ASCAP. He is an honorary member of Tau Beta Sigma and Kappa Kappa Psi, and was recently inducted into the Gamma chapter of Phi Beta Mu. He is in demand as a clinician and adjudicator at concert band festivals and competitions throughout the Midwest. 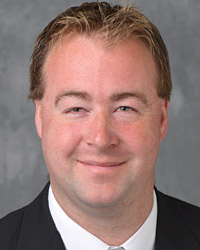