A native of Lewis County, MO and a graduate of Canton High School, Mary Lynn Lightfoot received her BME degree from Truman State University, Kirksville, MO, where she graduated magna cum laude and was the recipient of the Sigma Alpha Iota Scholarship Award. She taught for a total of eight years in both public and private schools in Missouri and Iowa; has served in varying capacities for both a retail music dealer and a music publisher; served for two years as an Assistant Director for the Mid-America Youth Chorale’s Concert Tour of Europe; and for six years served as the Director of Youth Choirs and Assistant Chancel Choir Director at Blue Ridge Presbyterian Church, Raytown, Missouri.

Mary Lynn served as a choral editor for 30 years in the educational music publishing industry. Most recently, she was the Founding Editor of the educational choral line for Choristers Guild:  Sing! - Distinctive Choral Music for Classroom, Concert and Festival, and served in that capacity for 5 years before retiring from her editorial position in 2019. Prior to her work for Choristers Guild, she was the Executive Editor of the Heritage Music Press choral division for 25 years.

Since 1980, Mary Lynn has effectively established herself with an active composing career and currently has over 320 published choral compositions, arrangements, and musicals.

She has received an annual ASCAP Award for her compositions from the ASCAP Standard Awards Panel since 1988, and was selected an Outstanding Young Woman of America in 1984. Mary Lynn has received two prestigious awards from the Missouri Choral Directors Association (MCDA): in 1994, she was the recipient of the Luther T. Spayde Award for Missouri Choral Conductor of the Year, and in 2005, the recipient of the Opus Award for her SSA composition, The Rhodora. Mary Lynn was inducted into the Odessa (MO) R-VII Public Foundation Hall of Fame in 2015. In conjunction with her writing, Mary Lynn is in frequent demand as a guest conductor/clinician for both schools and churches, having had the privilege of working with thousands of singers, students, teachers, and directors through workshops, clinics, and conventions in 39 states and throughout Canada. 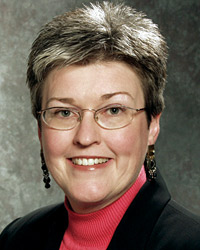