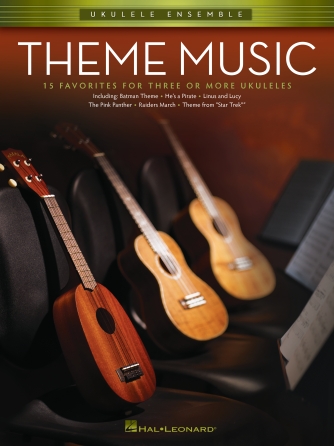 The songs in this collection are playable by any combination of ukuleles (soprano, concert, tenor or baritone). Each arrangement features the melody, a harmony part, and a “bass” line. Chord symbols are also provided if you wish to add a rhythm part. For groups with more than three or four ukuleles, the parts may be doubled.

Theme Music has been added to your cart

Due to high demand, Theme Music is on back order