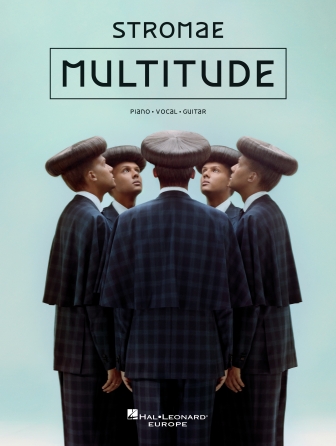 With a Rwandan father that he did not see often and a Flemish mother who single-handedly ran a household of six, Stromae was born Paul Van Haver in 1985 in Brussels. He grew up with this sometimes blurry and chaotic double identity, a relationship to himself and others that he learned to soothe through music. An innate alchemist of opposites, he found the magic formula for mixing rap, Afrobeat and Francophone lyrics without offending the tradition tied to one or corrupting the dance DNA that the others share. We know what came next. The albums Cheese (2010) and Racine Carrée (2013) exceeded expectations, filled concert venues, and took over dancefloors: 4 million albums were sold (including 3.5 million physical sales). Stromae received countless awards, including four Victoires de la Musique, four NRJ Awards, one MTV Award, and achieved historical feats like filling the prestigious Madison Square Garden in New York. To date, his discography has about 6.5 billion streams worldwide.

Discover now the official folio of his new album Multitude! After an eight-year hiatous, his triumphant return features 12 creative, complex, and wonderful songs. Our folio features all of them arranged for piano and voice with guitar chord frames.

Stromae – Multitude has been added to your cart

Due to high demand, Stromae – Multitude is on back order