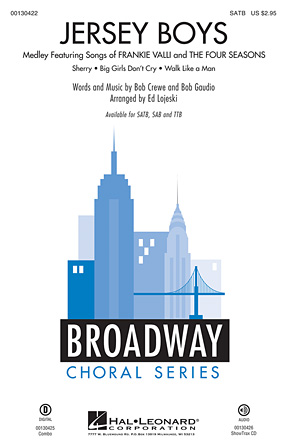 Jersey Boys tells the story of the four young men who came together to form The Four Seasons. Now the classic songs of their era are being embraced by a new generation of fans through the stage musical and the 2014 movie of the same name. Here are three top songs from the show in a 6-minute medley for mixed and male choirs. Songs include: Big Girls Don't Cry, Sherry, Walk Like a Man.