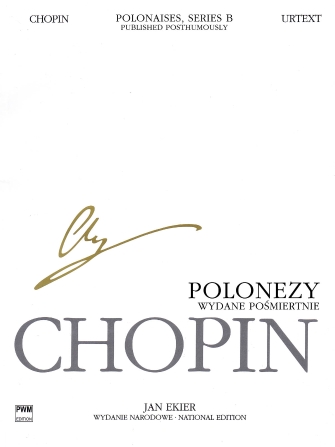 All of the Polonaises included in this volume were written during Chopin's childhood and youthful years, through to the earliest of the Polonaises prepared personally for printing by the composer (op. 22 and 26). This strict division into two groups has no correlation with other Chopin categories: Mazurkas or Waltzes not published by Chopin came into being during his entire period of creative activity at the same time as those he made for publication. Both groups of Polonaises complement each other in a particular way, together giving an understandable cross-section of the whole of Chopins creativity from Polonaise B WN1, being his first surviving compositional attempt for the Polonaise-Fantasy op.61, which belongs to the group of masterpieces crowning his last creative period. The collective publication of his Polonaises till now, which present them in the order of finding and publication gives, from this perspective, a totally chaotic impression. [from source commentary].