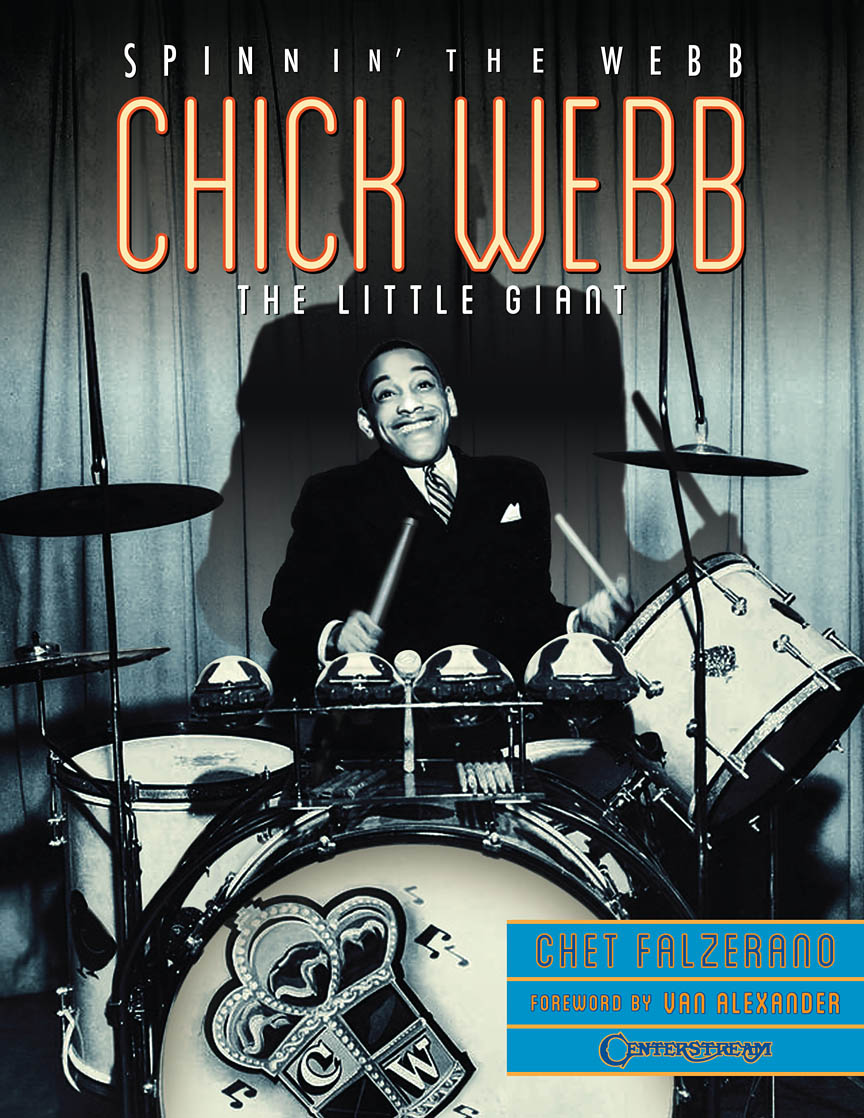 Chick Webb's short professional career (he died at age 30) served as an inspiration to young drummers at the dawn of America's big band/swing era. Simply stated, Webb is the guy who inspired the guys, who inspired the guys, who inspired you. Gene Krupa: “Chick taught me more than anyone.” Buddy Rich: “As a soloist, Chick had no equal at the time.” Papa Jo Jones “I don't speak of Chick Webb, the drummer, I speak of Chick Webb, the epitome.” And Webb accomplished this as a black man crippled with a debilitating disease in a segregated society. His contributions as a drummer/bandleader changed the course of music in America, not the least of which was discovering Ella Fitzgerald. Author Chet Falzerano chronicles Webb's greatness in this celebration of the “little giant” including the recreation of Webb's drum set.