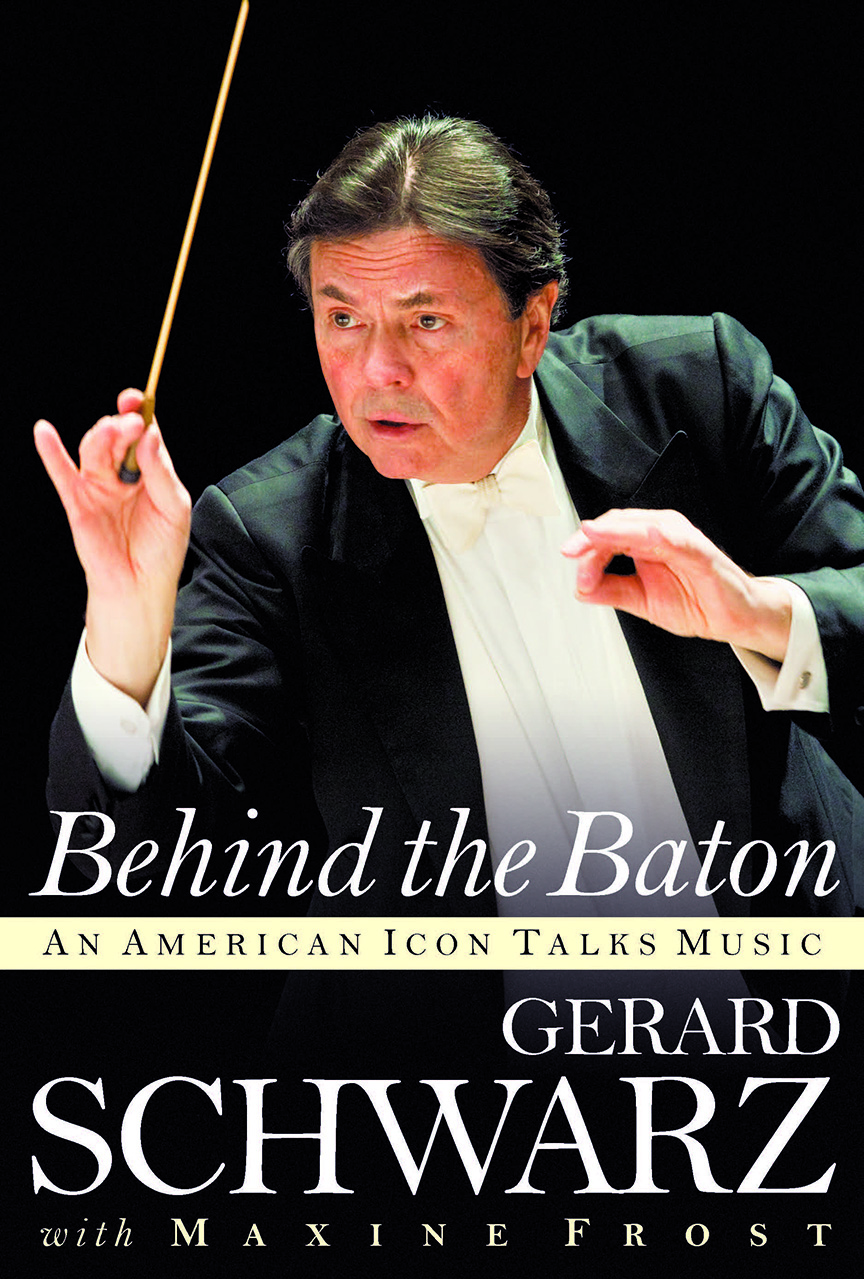 You could convey it exclusively in clichés, from his industrious émigré parents to his precocious childhood, from his ardor and diligence as a prodigy trumpeter to his meteoric rise as a conductor, from his unforeseen cross-country migration to the gradual construction of a world-class orchestra in a city formerly regarded as a cultural backwater, from the halls of New York City's High School of Performing Arts to the digital instructor's chair of the All-Star Orchestra's Khan Academy course series.

You could simply recite the numbers: over 300 new works premiered, over 350 recordings in his discography, 14 GRAMMY nominations, five Emmy awards, six ASCAP Awards, and hundreds of other honors and laurels.

You could dazzle and festoon and bewitch with talk of truth and beauty and the pursuit of ever-higher forms of artistic expression.

Or you could tell it Jerry's way.

Behind the Baton is a quintessentially Schwarzian memoir: intrepid, forthright, risible, subtly self-assured, and entirely unpretentious. It offers an intimate inside look at a man whose immense talent is rivaled only by his humility and work ethic – a man who, for nearly fifty years, has strived to leave every orchestra and musician he touched better than when he found them. Whether you're a classical music aficionado, an orchestra initiate just cutting your teeth, or an everyday reader interested in the remarkable story behind an extraordinary man, Behind the Baton belongs on your nightstand.