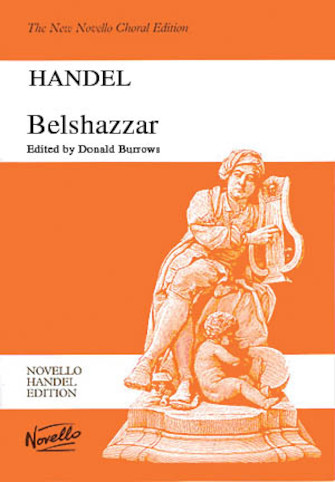 Handel's spectacular Oratorio was composed in 1744 from a libretto by Charles Jennens that describes the fall of Babylon. Although less successful in its day than the popular Italian opera, this work is full of invention and dramatic skill with the Jewish, Babylonian Persian and Medes masses having their own distinctive musics that were juxtaposed to create a tense dramatic conflict. Composed in the same year as the magnificent Hercules the two Oratorios represent the very best of Handel's dramatic writing. This title is the full vocal score with a Piano reduction of the orchestral material. Edited by Donald Burrows.

Out of the Depths I Cry

Since by Man Came Death (from The Messiah)