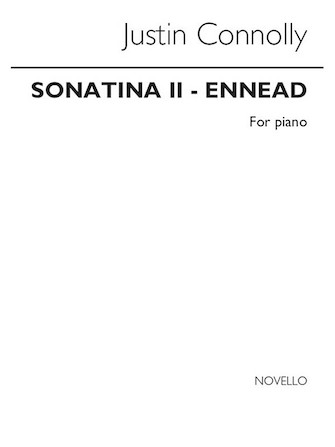 An “ennead” is a large composition in nine sections. Historical examples include an important early Latin epic, the discourses of the neoplatonic philosopher Plotinus, and the once popular poem by Edward Young, first published in 1745. This last was re-issued in 1802, in a sumptuous edition illustrated with more than five hundred engravings by William Blake, whose own Vala is also an ennead. Young's poem was called “Night Thoughts,” and I had originally intended to use the same title for my own set of quite independent nocturne-like pieces. Finally, I decided on the name Sonatina, as being a more accurate description of a work in which the interrelatedness of the sections placed it somewhere between the character of a suite and that of a set of variations, as well as emphasizing its artistic descent from the type of “irregular” sonata pioneered by such composers as Alkan and Busoni. –Justin Connolly