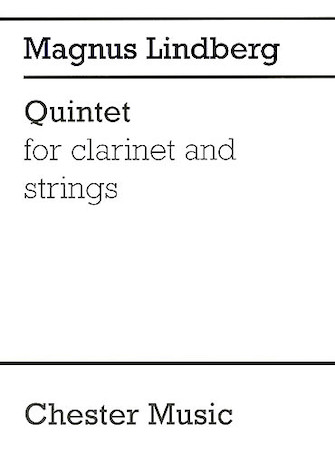 By the age of forty, Finnish composer Magnus Lindberg was one of the busiest concert composers in the world. His music avails itself of all manner of modern innovations, but there is a Neo-Classical orientation in his harmonies and formal design that makes his works appealing to a wide audience. The Quintet for Clarinet and Strings was comissioned by Kuhmo Chamber Music Festival and first performed in this festival in Finland in 1992. In the composer's own words: 'Despite its rather extended duration (almost 20 minutes) the work is in one continuous movement. Sections are based on either a static material composed of different scales giving the music an 'insect like' appearance, or on directional processes forcing the music to gradually change character or even physically pushing the music to extreme registers or speed.' This is the score.

Quintetto for Guitar and String Quartet