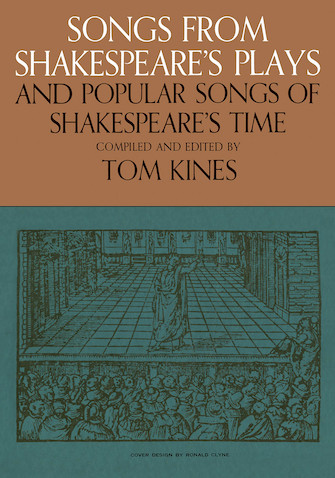 Shakespeare's England comes alive once again in this delightful and much needed collection of songs. Here are the words and music for 70 songs from Hamlet, King Lear, Twelfth Night, The Winter's Tale, Much Ado About Nothing, As You Like It, Othello, Romeo and Juliet, and several other plays, plus other popular songs of the time. Each song is chorded for guitar in the musical style of the Elizabethan era. Songs from Shakespeare's plays consist of songs whose texts were written by William Shakespeare; popular songs and ballads quoted or referred to by characters in the plays; songs of contemporary poets and musicians; and popular songs, folk songs, ballads, rounds and street cries known to have been current at the time and included to add to the overall setting in which Shakespeare wrote and performed. This is a practical, useful, and informal book, making no pretense to prove anything except, as editor Tom Kines says, that “the songmakers of Shakespeare's time were a skillful lot and the combination of the golden flow of poesy with the silver flood of melody and harmony will perhaps never again be equalled.”