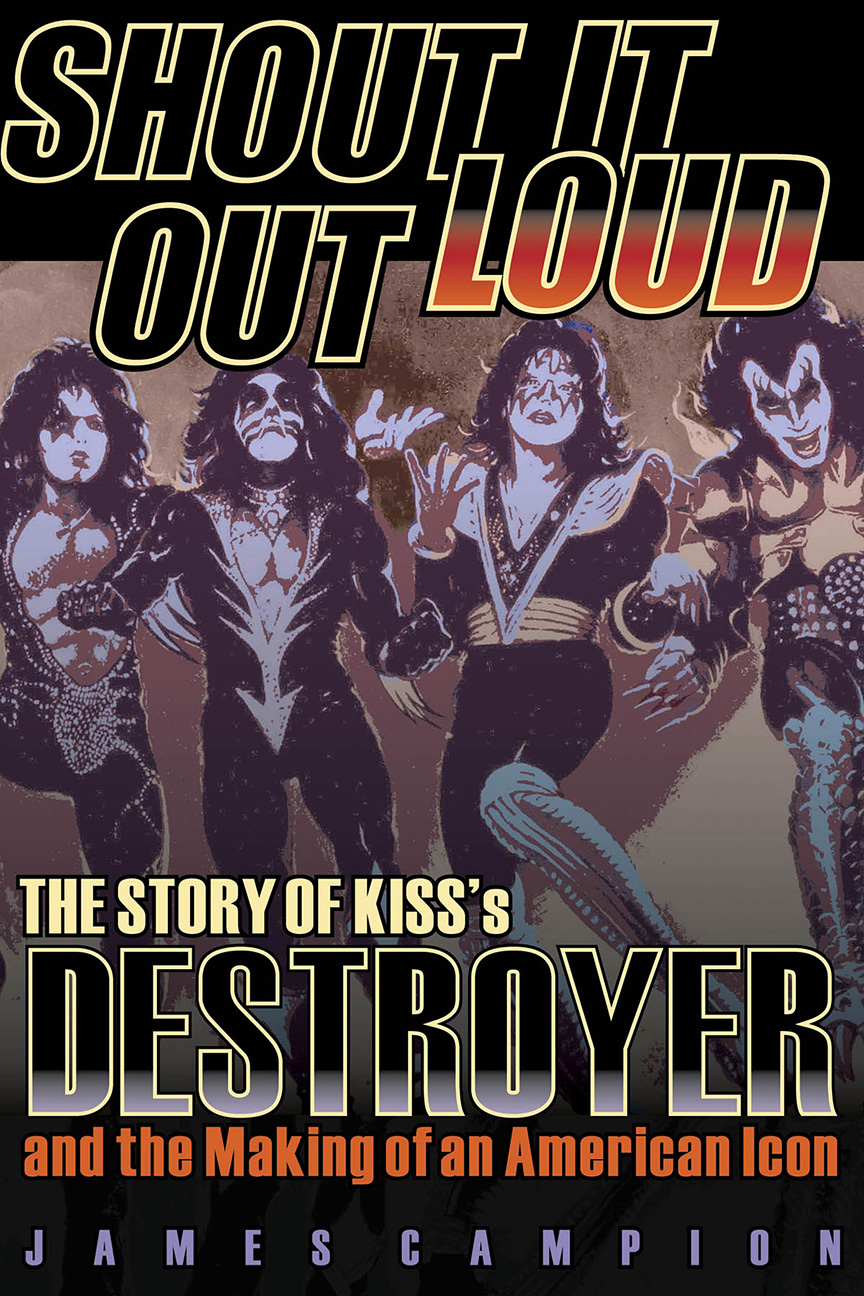 How does an underground oddity become a cultural phenomenon?

For over 40 years, the rock band Kiss has galvanized the entertainment world with an unparalleled blitz of bravado, theatricality, and shameless merchandizing, garnering generations of loyally rabid fans. But if not for a few crucial months in late 1975 and early 1976, Kiss may have ended up nothing more than a footnote.

Shout It Out Loud is a serious examination of the circumstance and serendipity that fused the creation of the band's seminal work, Destroyer – including the band's arduous ascent to the unexpected smash hit, Alive!, the ensuing lawsuits between its management and its label, the pursuit of the hot, young producer, a grueling musical “boot camp,” the wildly creative studio abandon, the origins behind an iconic cover, the era's most outlandish tour, and the unlikely string of hit singles.

Extensive research from the period and insights into each song are enhanced by hundreds of archived materials and dozens of interviews surrounding the mid-'70s-era Kiss and its zeitgeist. New interviews with major principals in the making of an outrageously imaginative rock classic animate this engaging tale.