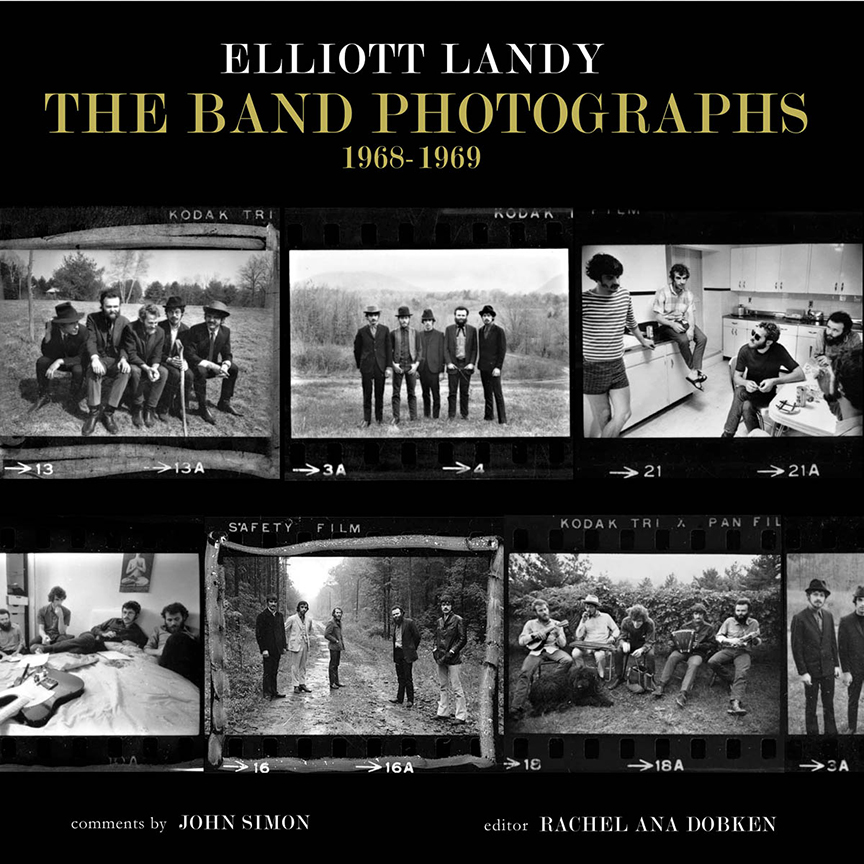 Once in a while a photographer gains the trust of an artist or a band, and his work fuses with that of the artist in such a way that the two become married in the public consciousness. One can think of David Duncan's pictures of Picasso at work or Alfred Wertheimer's pictures of Elvis backstage in 1956. Elliott Landy's chronicle of The Band from 1968-1969 is of similar importance. He was trusted so deeply that this group of photographs is as intimate a portrait of a group of musicians inventing a new music as you are ever likely to come across.

Today we call that music “Americana,” and it is played all over the world by everyone from Mumford and Sons to the Zac Brown Band. But in 1968, when Elliott first started making these pictures, it was played by six musicians in the town of Woodstock, New York – Bob Dylan and a group called The Hawks. They later changed their name to The Band. They had been The Hawks for five years when Bob Dylan pulled them out of Tony Mart's dive bar on the Jersey Shore to be his band.