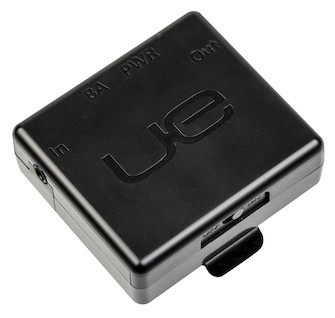 In-ear monitors are becoming more and more ubiquitous every day and wireless hardware systems are coming down in price, opening the market to a wide range of users, some fairly sophisticated about audio and other not so knowledgeable. In the hands of a trained pro monitor mixer who understands the needs and limitations of IEM systems (and users) the need for an in-line brick wall protection limiter may not be so important.

However, at any gig – at any level – stuff does happen, although hopefully less frequently as you get up the production food chain, but when a show is live, sometimes all bets are off. Examples of transient high-level audio glitches can include unexpected sound spikes that occur from microphone drops, audio feedback, incorrect volume settings, pulling the plug on a condenser mic when it's powered up and any other sound hazards that may occur during a performance.

Unfortunately, when you're wearing a set of in-ears, you may be guaranteed an up-close and personal front row seat to that spike or sudden sound blast, which is anything but pleasant. And that's exactly what the Sound Guard from Ultimate Ears Pro is designed to protect from.

With the UE Pro Sound Guard, artists receive protection from unexpected sound spikes that occur from microphone drops, audio feedback, incorrect volume settings and other sound hazards that may occur while performing or recording. So far, so good; but there's more going on here.

Matching impedance of balanced armatures with multi-way crossovers can be complex and certain personal monitoring/mixing systems don't handle such IEM designs – from any manufacturer – very well. Beyond its protection duties, Sound Guard also functions as an audio buffer that provides variable impedance matching from the source device to your balanced armature IEM earpieces (such as the UE Pro line) for enhanced dynamic range and improved sound quality. And although Sound Guard is intended specifically for those UE Pro IEM's, it can function with any balanced armature design.

Housed in a compact 2-by-2-inch plastic box that's about a half-inch thick, the Sound Guard definitely gets points for being compact. There are two 1/8-inch stereo TRS jacks (input and output) on either side of the unit, which connect in-line via an included 6-inch TRS patch cable to your IEM receiver (or hardwire personal mixer), with the output jack going to your earpieces. The Sound Guard box has a recessed on/off switch and two LED's to indicate power-on and batterycondition.