James and the Giant Peach JR.

James and the Giant Peach JR.

Roald Dahl's James And The Giant Peach is now a musical for the whole family to enjoy! Featuring a wickedly tuneful score by the TONY Award-nominated team of Pasek and Paul (Dogfight and A Christmas Story The Musical) and a curiously quirky book by Timothy Allen McDonald (Roald Dahl's Willy Wonka, The Musical Adventures Of Flat Stanley), critics rave James And The Giant Peach JR. is a “masterpeach!”

When James is sent by his conniving aunts to chop down their old fruit tree, he discovers a magic potion which results in a tremendous peach - and launches a journey of enormous proportions. Suddenly, James finds himself in the center of the gigantic peach among human-sized insects with equally oversized personalities, but after it falls from the tree and rolls into the ocean, the group faces hunger, sharks and plenty of disagreements. Thanks to James' quick wit and creative thinking, the residents learn to live and work together as a family. The dangerous voyage is a success, but the adventure takes a whole new twist once they land on the Empire State Building.

A delightfully offbeat adaptation of the classic Roald Dahl adventure, the creative possibilities with James And The Giant Peach JR. are endless. Young actors will love playing the outlandish characters and the expanded cast allows for as many performers as you can fit on your stage.

Go to the James and the Giant Peach JR. show page

A Million Dreams (from The Greatest Showman) Discovery Choral

This Is Me (from The Greatest Showman) Discovery Choral 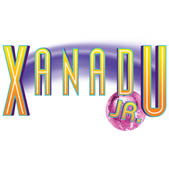 James and the Giant Peach JR. has been added to your cart

Into the Woods JR. Recorded Promo - Stockable Add to Cart

Due to high demand, James and the Giant Peach JR. is on back order