All That's Left to Know About the Broadway and Cinema Classic 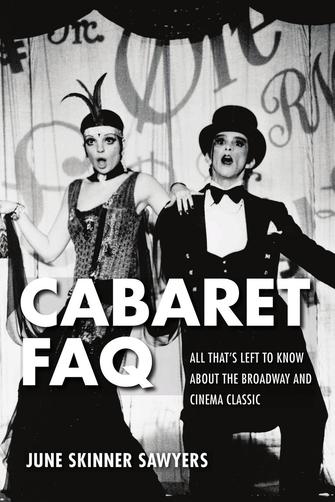 All That's Left to Know About the Broadway and Cinema Classic

The book features chapters on Jean Ross and Christopher Isherwood – the real people behind the singular characters of Sally Bowles and Clifford Bradshaw/Brian Roberts – and includes background information on the original source material, Isherwood's Goodbye to Berlin stories and the first time Sally Bowles, as portrayed by Julie Harris, appeared onstage and on the big screen in John Van Druten's I Am a Camera. It also explores the stories behind the figure of the outlandish Emcee as well as the actors who played him, from Joel Grey to Alan Cumming. And it studies the famous musical score by John Kander and Fred Ebb and looks into the burlesque roots of director Bob Fosse in his native Chicago. Throughout the book, the author makes connections and associations to Cabaret by looking at such diverse topics as the first cabarets in Paris, Cabaret Voltaire and Dada, early Berlin cabarets during the Weimar Republic, German expressionism, the Bauhaus, Marlene Dietrich and The Blue Angel, David Bowie's many German influences, and the present and future of modern cabaret. Cabaret FAQ is the definitive guide for all fans of the Broadway musical and movie as well as for fans of the art form known as cabaret.

Cabaret FAQ has been added to your cart

Due to high demand, Cabaret FAQ is on back order