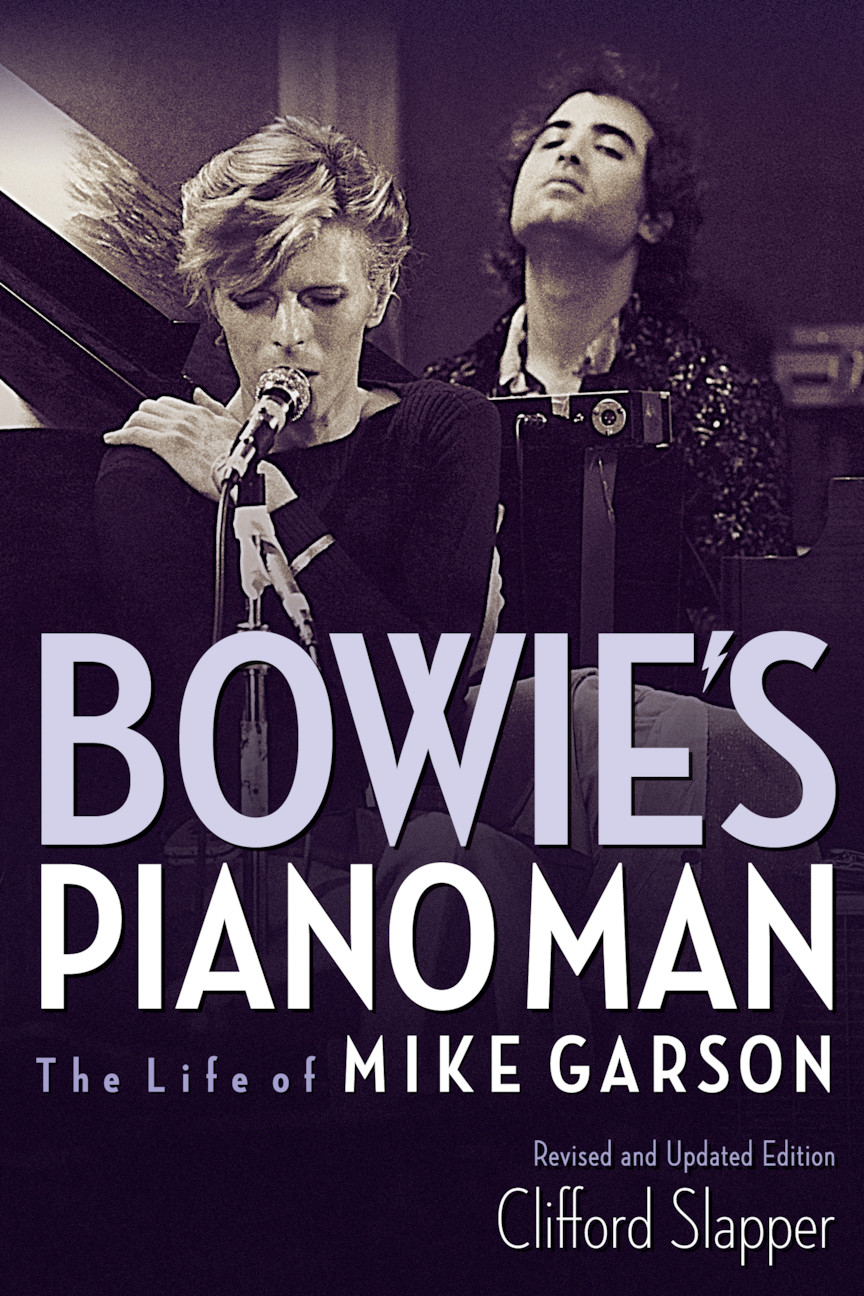 Pianist Mike Garson was David Bowie's most frequent musician, on record and onstage throughout Bowie's life. They played over a thousand shows together between 1972 and 2004, and Garson is featured on over 20 of Bowie's albums. Bowie's Piano Man is the first-ever biography of Mike Garson, written by Clifford Slapper, a fellow pianist who also played for Bowie, working closely with him on his last-ever television appearance. The book explores the special relationship between Garson and Bowie, beginning with the extraordinary story of how Garson went overnight from playing in tiny jazz clubs to touring the world on arena rock tours with Bowie after one short phone call and audition.

A noted master of jazz, classical, and other genres, Garson has composed thousands of original works and has taught countless students, acting as mentor to many. Bowie's Piano Man explores his roots and childhood in Brooklyn, his ongoing strong presence in the jazz world, and his collaborations with a huge range of other artists in addition to Bowie. Touring and recording with the Smashing Pumpkins and Nine Inch Nails are given in-depth attention, as is his approach to teaching and creating music. Explored in detail in particular is his commitment to improvisation as a form of composition, a manifestation of his more general dedication to living in the moment and always moving forward – a trait he shared with Bowie.