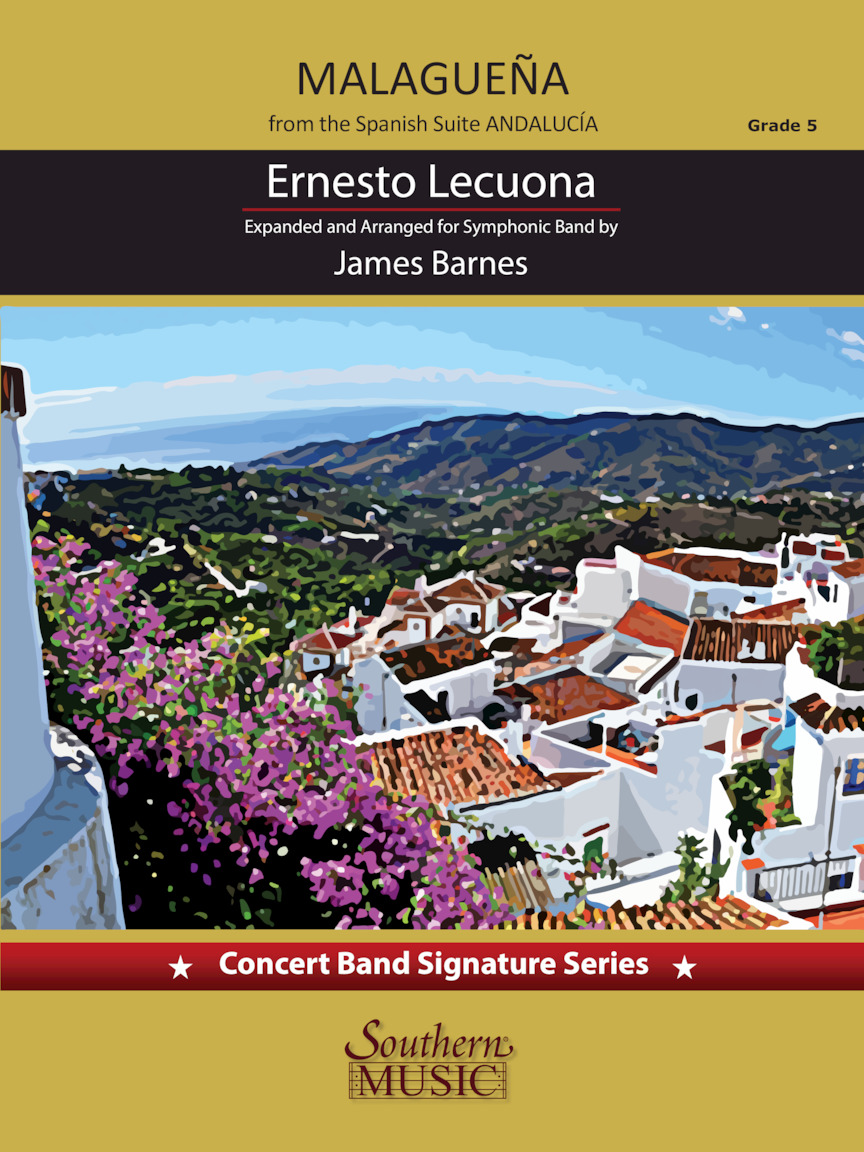 Born in Havana, Cuba in 1895, Ernesto Lecuona is arguably Cuba's greatest serious composer. He was a gifted pianist who wrote hundreds of songs and piano works before he died in 1963. Most of his music is composed in a rich, authentic Cuban style. The most famous of his works is “Malagueña,” the sixth movement of his Suite Andalucia for solo piano, which was first published in 1928. Malagueña has been recorded as a popular song (with added lyrics), as a serious piano work (even by Lecuona himself in the 1950's) and also as a jazz standard (Bill Holman's arrangement for the Stan Kenton Orchestra in the early 1960's.) Over the years, it has been arranged many times for various other mediums, ranging from symphony orchestra to field arrangements for drum and bugle corps.In 1976, James Barnes arranged Malagueña for the University of Kansas Marching Band. A few years later, with permission from the publisher, he expanded this original arrangement into a full work for symphonic band called “Prelude, Fantasy and Fandango on Lecuona's Malagueña.” After several performances in the spring of 1978 (most notably at the MENC Convention in Colorado Springs), this work, along with over 200 other Barnes manuscripts, lay fallow in the KU Band Library. While packing up his office belongings when he retired from The University of Kansas in 2015, Barnes came across this long languishing “Prelude, Fantasy and Fandango,” which remained in condensed score. In the fall of 2016, he completely re-composed the opening portion of the work, reduced the number of required percussion and disposed of the two harps in his 1978 version. This new setting features evocative, thinly scored, extended solo passages for clarinet, bassoon and flute before the full wind band concludes the work with a powerful, dramatic setting of the main themes of Lecuona's masterful Malagueña.