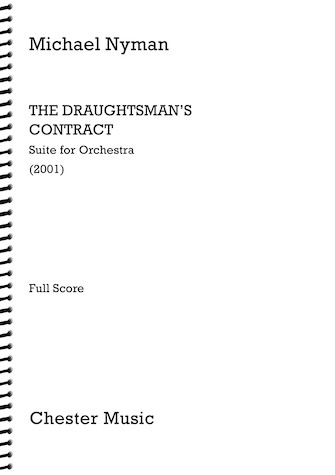 The first feature film collaboration between Peter Greenaway and Michael Nyman, made in 1983, following a major series of short/independent films they made together – including The Falls and A Walk through H. A draughtsman is commissioned by a landowner in the late 17th century to make 12 drawings of his property. Every note of the score was derived from the music of Purcell and was written for the Michael Nyman Band. This concert suite, which was made in 2001 and first performed in Hanover, was specially revised for an all-Nyman concert given by the composer and the BBC Concert Orchestra at the Royal Festival Hall, London in June 2003. Written for Orchestra and Harpsichord, the suite lasts approximately 16 minutes.

Songs and Arias for Soprano and Piano Music Sales America

Where the Bee Dances Instrumental

The Prologue to Dido and Aeneas Music Sales America

The Draughtsman's Contract has been added to your cart

Due to high demand, The Draughtsman's Contract is on back order