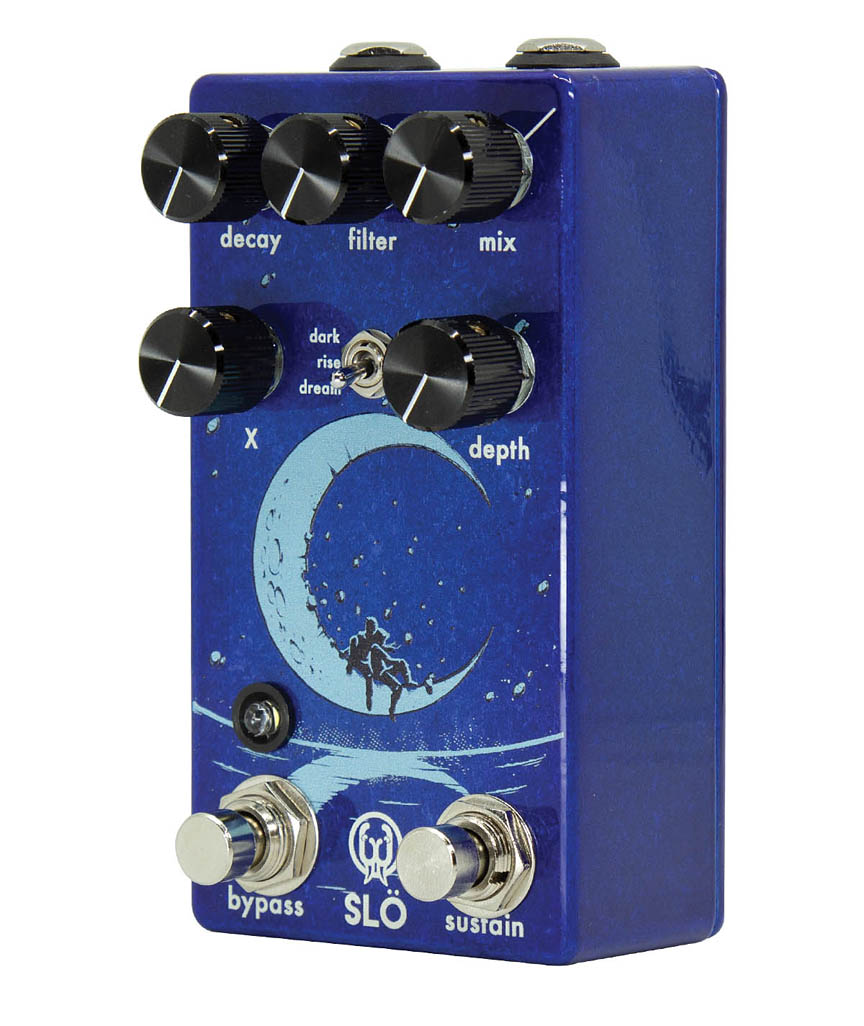 RISE: This is an auto-swell reverb for beautiful cinematic swells. Don't rush it. Let it breathe and gently wake up. X knob sets the amount of time it takes the reverb to swell in after a note is played. Set lower for shorter rise times and higher for longer rise times.

DREAM: Here is a lush reverb with a latching pad function. Press the sustain switch to latch signal. Experiment with the X knob to add vibrato over the pad. Press sustain again and pad will decrescendo according to where decay knob is set. X knob sets the depth of vibrato applied to the reverb trail.

SINE: Smooth and even pitch up and down modulation.

WARP: Asymmetric pitch up modulation similar to a warped record.

SINK: Asymmetric pitch down modulation for sinking detune similar to a Bigsby.

BYPASS: When the switch is in off position, press and hold to temporarily activate the effect to add a moment of reverb texture. Releasing the switch turns the effect off, and it fades out.

To turn trails mode on or off, unplug the pedal and press and hold down the Bypass Switch for two seconds while plugging the pedal back in.

The Slö comes in a Lollipop Blue finish with light blue and off white ink featuring the original artwork by Christi Du Toit. The diecast enclosure's exact size is 4.77″ x 2.6″ x 1.39″. Power requirements are 9VDC (100mA minimum). The use of an isolated power supply is recommended for powering all Walrus Audio pedals. Daisy chain power supplies are not recommended. Power supply not included