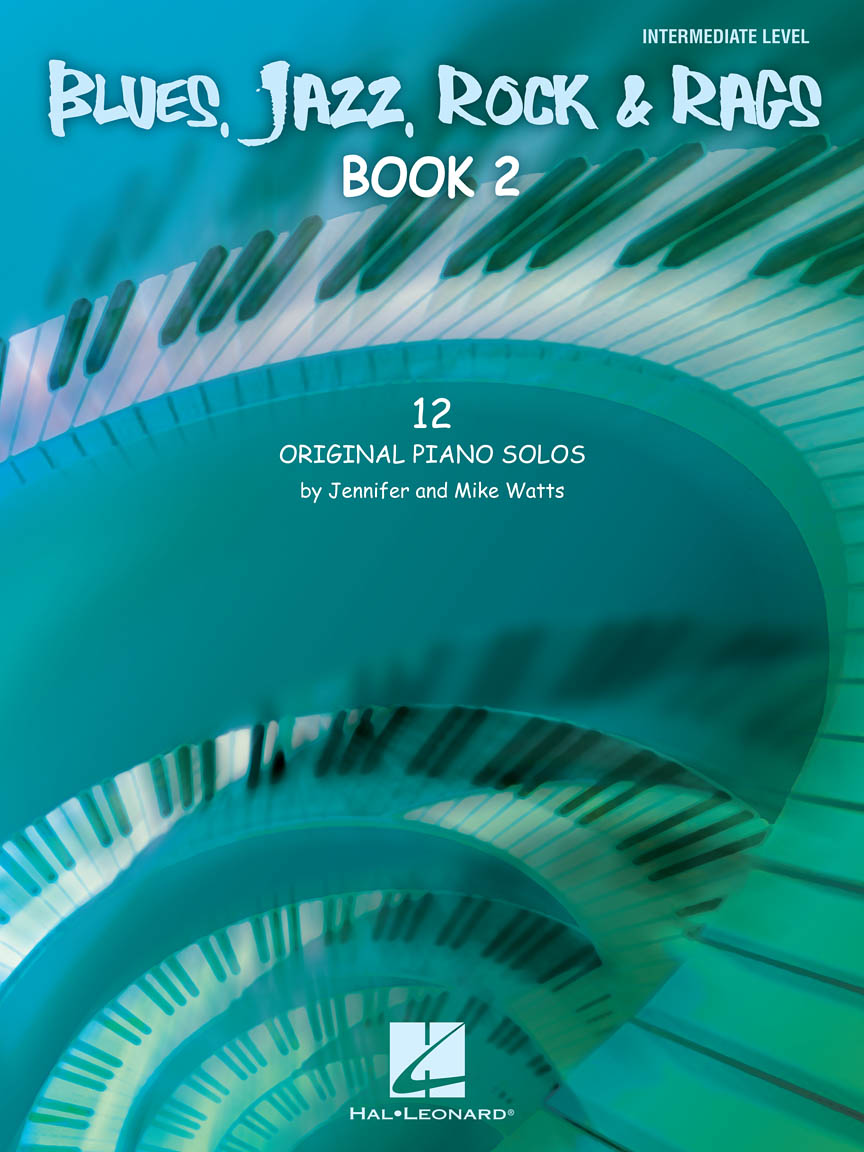 Jennifer and Michael Watts are a husband-and-wife team active in the music industry in Southern California. Jennifer holds a BA in Music Theory degree from California State University – Chico and maintains a full piano studio. A classically trained jazz pianist, her teachers have included Terry Trotter and Julien Musafia. Mike is a multi-talented studio musician working mainly in the motion picture and television industries. He has been the featured pianist on several major motion pictures, plays synthesizers and accordion, and also works as an arranger/composer and orchestrator. Some of the more recent films he has been involved with include Tangled, Toy Story 3, and The Princess and the Frog. Blues, Jazz, Rock & Rags is comprised of original compositions Jennifer uses in her studio to keep piano students motivated. After being unsuccessful in finding just the right music for individual students, Jennifer asked Mike to partner with her in composing their own material. A keen understanding of contemporary styles, combined with valuable teaching experience, results in a collaborative effort that is fun, motivating and educational!

This follow up to Book 1 (HL00296849) features a dozen more original solos at the Intermediate level: Charley B's Disco • Chasin' Monsters • The Doctor Is In • Fancy Blues • Jammin' Away • Klumzy Kangaroo • Nobody Doesn't Like Jerry Lee • Pretty Slick • Remember When • Surf's Up! • Swingin' Rag • Where'd They Go.