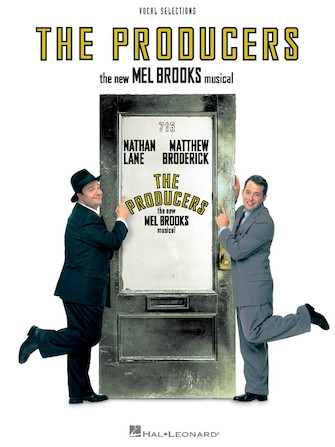 Mel Brooks' The Producers has the honorable distinction of being the biggest smash in the history of Broadway! The production, which won a record 12 Tony Awards, is based on Brooks' 1968 comedy classic film, and stars the loveable Nathan Lane and Matthew Broderick. Our deluxe vocal selections book features a stunning 8-page section of full-color photos from the Broadway production, and voice line with piano accompaniment arrangements of 19 fantastic songs: Along Came Bialy • Betrayed • Der Guten Tag Hop-Clop • Goodbye! • Haben Sie Gehort Das Deutsche Band? (Have You Ever Heard the German Band?) • Heil Myself • I Wanna Be a Producer • In Old Bavaria • Keep It Gay • The King of Broadway • Opening Night • Prisoners of Love (Leo & Max) • Springtime for Hitler • That Face • 'Til Him • We Can Do It • When You Got It, Flaunt It • Where Did We Go Right? • You Never Say Good Luck on Opening Night.

Phantom of the Opera – Souvenir Edition