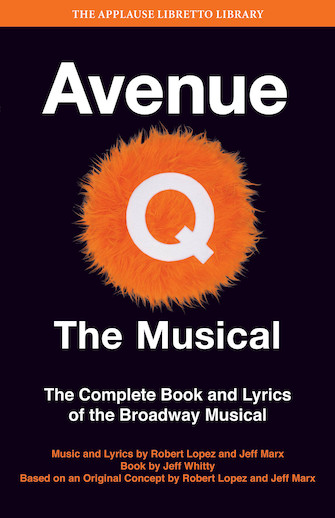 Anyone who grew up watching Sesame Street on public television will quickly be able to identify the inspiration for Avenue Q. Most of the characters in the show are puppets, and the set depicts several tenements on a rundown street in New York City. Several characters are parodies of Sesame Street regulars: for example, the roommates Rod and Nicky are based on Bert and Ernie, while Trekkie Monster is based on Cookie Monster. However, these characters are in their twenties and thirties and face adult problems; despite the fuzzy faces, this is not a children's show. After a run lasting more than six years and 2,534 performances, the Broadway production of Avenue Q ranks in the top 25 longest running shows in Broadway history and continues to have productions run worldwide.

In the Heights Applause Libretto Library

Avenue Q – The Musical has been added to your cart

The Sound of Music Applause Libretto Library Add to Cart

In the Heights Applause Libretto Library Add to Cart

Due to high demand, Avenue Q – The Musical is on back order