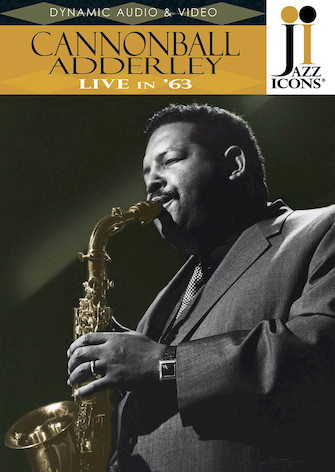 Cannonball Adderley was one of the most highly respected alto saxophonists in the history of jazz, who could play anything in superb fashion. His sextet is captured at the top of their game on this DVD of two beautifully filmed concerts. Cannonball Adderley, Nat Adderley (cornet) and Yusef Lateef (tenor sax, flute, oboe), provide a massive three-horn frontline attack, while the stellar rhythm section of Joe Zawinul (piano), Sam Jones (bass) and Louis Hayes (drums) fuel the songs with a deep infectious swing. Quincy Jones' “Jessica's Day” leaps from the gate with a huge big band sound. 99 minutes.

Cannonball Adderley – Live in '63 has been added to your cart