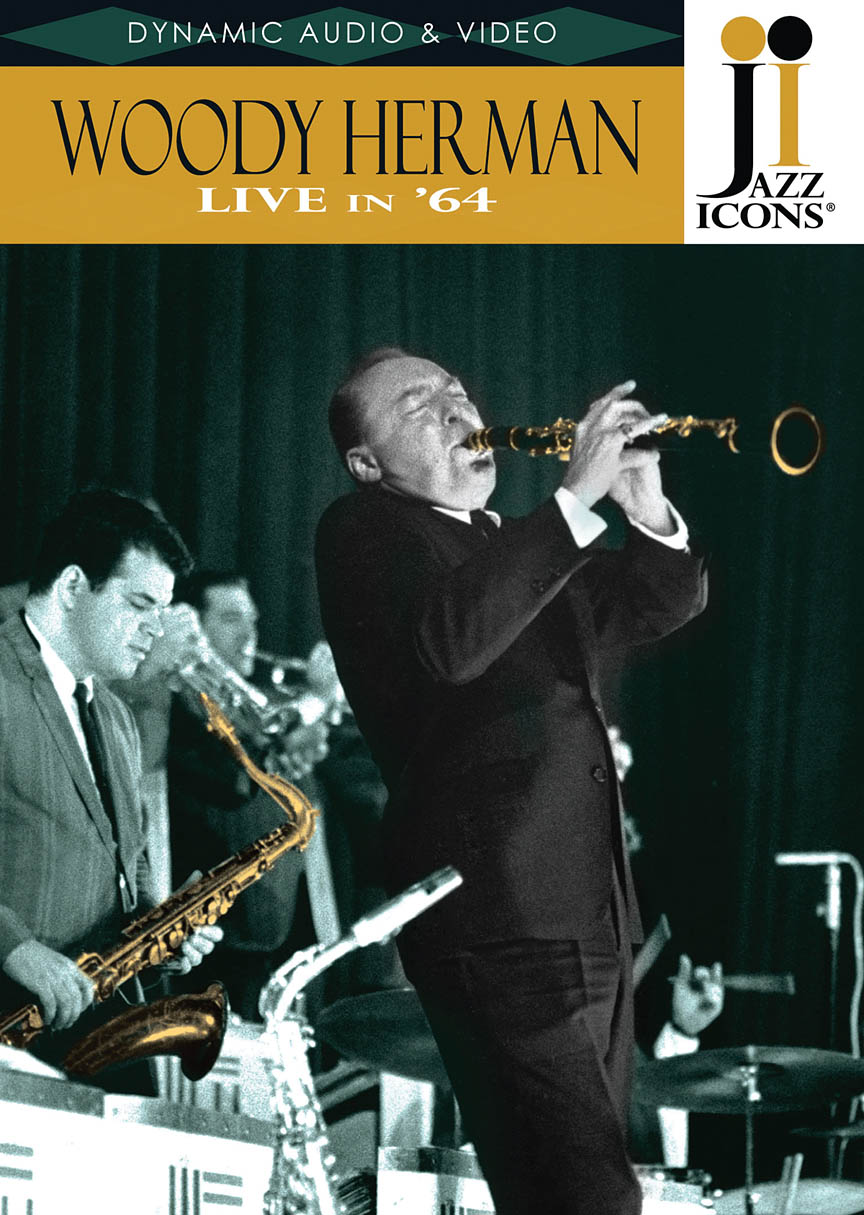 This DVD features a blistering one-hour concert from 1964 showcasing one of the very hottest line-ups of the “Swinging Herd,” including trumpeter Bill Chase, trombonist Phil Wilson and the amazing saxophonist Sal Nistico on the front line, as well as drummer Jake Hanna, bassist Chuck Andrus and pianist-arranger Nat Pierce in the rhythm section. Woody and his band roar throughout the entire show which includes standards such as “Lonesome Old Town” and “After You've Gone” as well as new originals including Charles Mingus's “Better Git It in Your Soul.” 60 minutes.