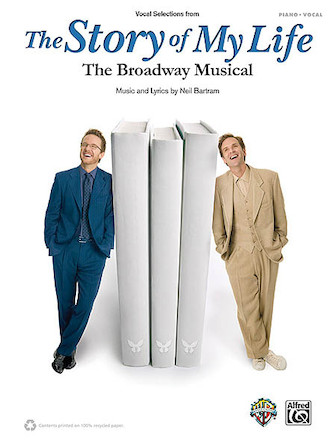 The Story of My Life played on Broadway in 2009 under the direction of Richard Maltby, Jr., and starred Will Chase and Malcolm Gets. With music and lyrics by Neil Bartram, its songs have become popular repertoire among vocalists for auditions and performances, and the show remains popular with regional productions licensed everywhere. It tells the story of two childhood friends over the course of their lives, and is a soaring tribute to the power of friendship and the people who change our lives forever. This vocal selections folio brings singers and pianists the opportunity to apply their talent to 14 songs from this Broadway gem. Songs include: Write What You Know • Mrs. Remington • The Greatest Gift • 1876 • Normal • People Carry On • The Butterfly • Saying Goodbye (Part 1) • Here's Where It Begins • Independence Day • I Like It Here • I Didn't See Alvin • This Is It • Angels in the Snow.

The Theory of Relativity

The Songs of Hugh Martin